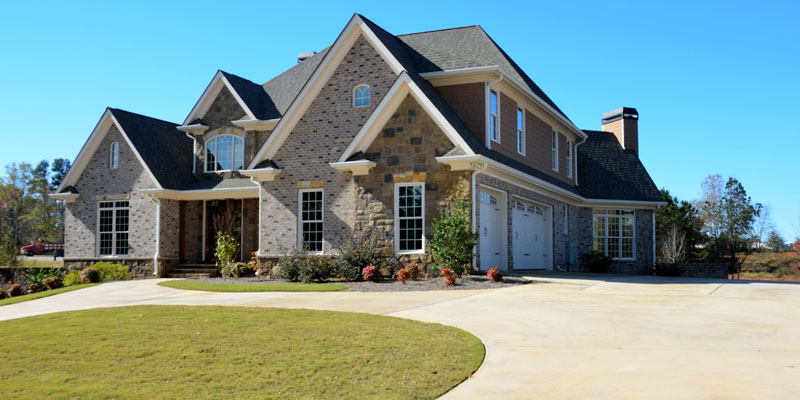 Owning a home is one of life’s greatest investments, and the benefits of owning a home are many. However, not all homeowners are familiar with the various ways that the structure of their home can be damaged. One of the biggest concerns for property owners can come from deferred maintenance. Over time all homes will need preventative care and structural maintenance. One of the most essential home care basics is caring for the structure and protecting it against infestations by insects.

Because homes are surrounded by land, they are automatically exposed to the elements of different types of insects. Learning how to maintain a home and protect against an insect infestation properly is one of the most important home care basics. Certainly, some of the most troubling types of insect’s that can invade a home are ones that do direct damage to the structure. Most often, these are wood-boring insects such as carpenter ants, termites, and carpenter bees. These insects can be especially problematic because they can cause massive amounts of structural damage and decay to walls, wood joists, and wood casings.

These types of infestations by insects can cost a homeowner thousands of dollars in repairs if left unattended or unobserved for long periods. While these types of infestations are the primary concern for homeowners, other types of insects can invade a home or yard. Infestations by insects can be unsightly, make life miserable, become a health hazard, and cause indirect damage to property. This can include insects such as spiders, flies, Box Elder Bugs, wasps and the Asian Beetle. Each of these bugs can readily invade a home or yard and become problematic to the homeowner and the home.

Infestations From Spiders Are a Cause for Concern

Certain types of insects such as spiders can be a sign of a bigger problem lurking since spiders are insectivores and mainly survive off other insects. Some spiders invade homes looking for a dry place to nest where they are less exposed to the outside elements. Spiders will readily nest in a home as long as they have direct access to the outside or a food source inside. That is why home infestations from pantry pests, moths, flies, Box Elder Bugs, ants, wasps, and the Asian Beetle can be an invitation for a spider infestation as well. While not every spider sighting is a sign of a more significant infestation, it is a sign to pay attention to.

Because certain spiders can be poisonous as well as unsightly, it’s essential that homeowners become proactive in enacting ways to control spiders and control insects that attempt to infest their home. Signs that an infestation is lurking from pantry pests, moths, flies, Box Elder Bugs, any type of ants, wasps and the Asian Beetle should be quickly addressed with a pest control company before they get out of control. A professional exterminator can help protect against pantry pests, moths, flies, Box Elder Bugs, ants, wasps, the Asian Beetle, and spider invasions. They are licensed and trained to control insects as well as control spiders.

It is important to know that spiders can multiply rapidly like other insects. A spider can create a nest of eggs or may carry them inside. A single spider can have hundreds of eggs or baby spiders which means they can multiply fast and get out of control. If you start to see multiple spiders that look the same, this could be a sign of a much bigger problem lurking.

Some of the Most Common House Spiders Include:

The two most dangerous spiders are Brown Recluse Spiders and Black Widow Spiders. While they are not common infestations, these spiders can be found in hidden areas around a home such as under porches, in basements and hatchway entries as well as in garages and attics. Both spiders tend to shy away from humans but will attack if they feel threatened. Because they are insectivores, their diet consists of other insects. Keeping other insect infestations away and having annual pest control exterminations from inside and around the home will provide better protection from either of these spiders planting a web in or around a house.

In some cases, homeowners will find a secondary insect threat in their yard. A secondary threat from insects is one that has effects on a homeowner that may not directly affect the home structure but creates other hazards. Spiders are considered a secondary threat because while they do not damage a home, they can be poisonous, and often feed off the insects that can cause structural damage, and they can become a significant nuisance.

Insects that infest trees and consume agriculture can become hazardous to homeowners when the trees or large bushes they infest become weakened and have the potential for structural collapse of branches and limbs. When this occurs, the result may be damage to person and property. That is why the use of an exterminator for pest control to control insects and control spiders in and around a home may be the best investment.

Through annual pest control treatments by a licensed professional exterminator, homeowners have greater security and protection against a wide variety of potential insects, including both primary and secondary infestations. All infestations carry risks to a homeowner. Infestations by insects can damage a house such as termites and carpenter ants, become hazardous to the health and safety of homeowners such as spiders and wasps, can cause damage to surrounding trees such as beetles and moths or are nuisance infestations such as flies, food and clothing moths and other pests.

Understanding the underlying risks to home, safety, and property with insects is important, so homeowners remain vigilant against infestations. While a homeowner can treat some smaller pest invasions, nests should always be cared for by a certified and trained pest control exterminator.